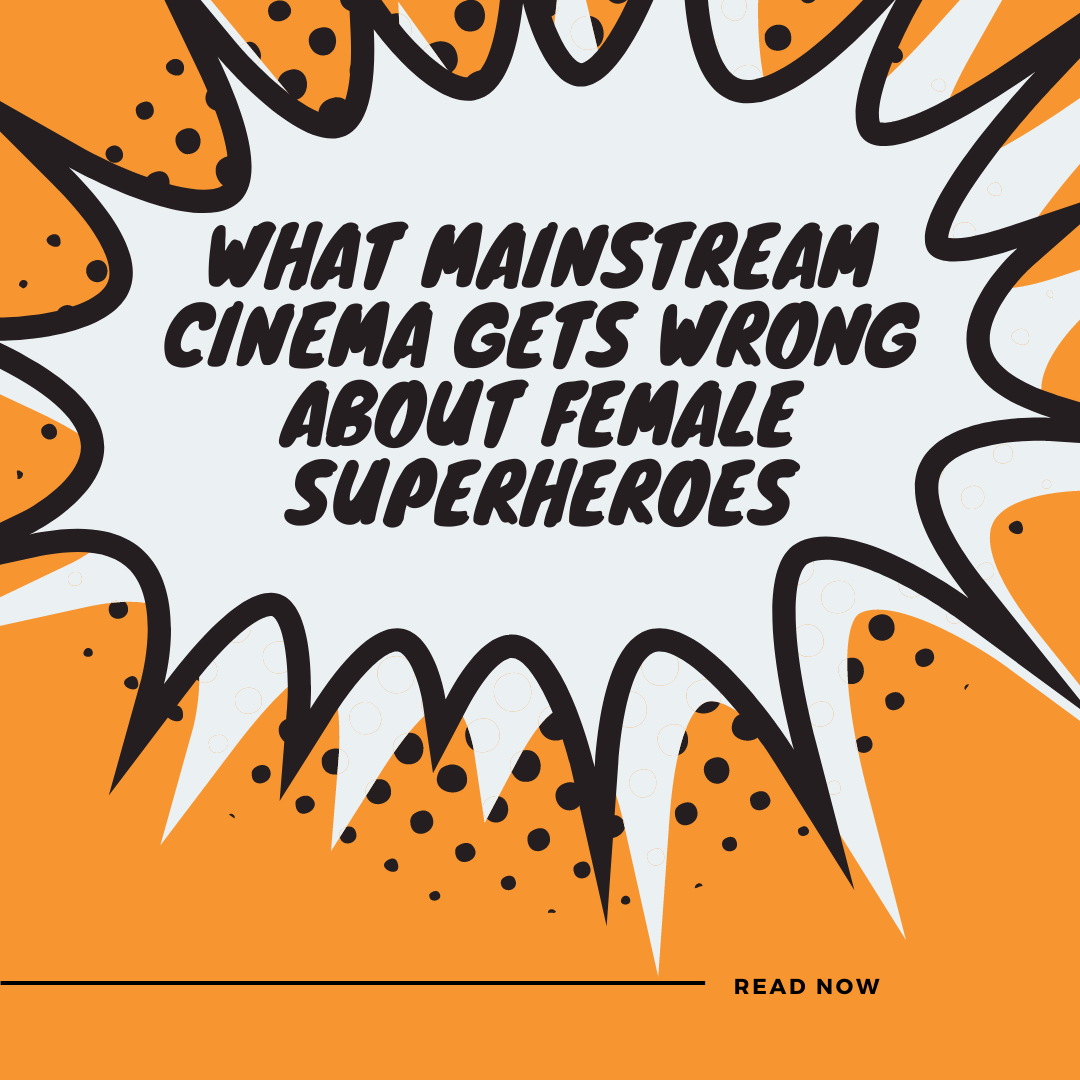 Every time I watch a female lead starrer, I go in expecting to be left asking for more – more character depth, more reality, more true empowerment instead of thinly veiled sexism. Unfortunately, more often than not the expectations play out pretty accurately so today I want to try and look at some of these pre-conceived notions and where they stem from in order to hopefully understand how female portrayal on the silver screen could be made better.

For the purposes of this analysis, I am going to be sticking to my wheelhouse and only dissecting characters in the Marvel Cinematic Universe, focusing tightly on their latest drop – WandaVision.

It is a series where viewers come to realise the true extent of Wanda’s powers for the first time as she becomes the “Scarlet Witch.” Comic book lore always showed her as powerful, like scary powerful but we never got to see it on the big screens since the introduction of the character in Avengers: Age of Ultron. She started of as a mere lackey to the bad guy who occasionally messed with peoples minds and shot red magic out of her hands before eventually finding her place with the gang of the good guys. Her character was never fully explored and always tethered around childhood trauma, her powers were shown to be a shell of what they were meant to be and her costumes tended to veer on the side of hyper-sexualised.

The inappropriate costumes got fixed (props to the team on WandaVision there), the full range of her capabilities were explored with the West-world stimulation which kind of (but not really) makes up for how poorly she was written out of the two most recent Avengers films, but the lack of emotional depth was a persistent problem. The arc around her personality remains firmly centred around grief from the loss of everyone she ever loved but never spends enough time venturing into the reflection or growth the sorrow could have brought about. Lastly, we also need to contend with how she had to make the inevitable choice between family and career (does being a superhero count as a viable career option?), that in order to become Scarlet Witch she had to shut down the stimulation. Why is this a trope that usually falls staunchly on the shoulders of female characters?

While we are on the topic of cliched tropes, (there may be some author bias here) I always felt that gendered stereotypes were more likely to fall on female characters than their male counterparts. For example, in WandaVision there was a paradoxical dichotomy where trauma was necessary to unlock the powers that made West-world possible but at the same time it re-iterated the historical notion that emotional women tend to be hysterical as shown by multiple scenes where Wanda endangered the residents.

Black Widow, whose introduction with the Iron Man movies, showed so much potential to breakthrough the uni-dimensional superhero market was also broken down to nothing more than a grossly romanticised anger management counsellor for the Hulk. Even her long awaited stand alone movie, which hopefully gives insight into a more multi-layered character, still resides firmly in the domestic sphere as it aims to explore her relationship with her family. Even Carol Danvers, the alleged stage 4 replacement for the role Captain America played in the original band of Avengers, spent most of her movie trying to regain autonomy and break away from the shackles of society.

These tropes aren’t necessarily always bad, and for all my criticism, the movies and characters did create massive and progressive breakthroughs on the forefront of cinematic representation. However, analysing and questioning the content we consume is the only way we can make it better and give so many people the opportunity to relate and get inspired by these characters.

Female superheroes are still superheroes and they deserve to break away from the shadows of their male counterparts and exist in independent spaces. Yes, emotions, family and relationships should factor into movies and shows to create a more holistic narrative but the brunt of the “emotional labour” shouldn’t disproportionately fall on the women. Give us maniac, messy, dramatic, badass, human female superheroes who have the freedom to land the last punch and are more than capable to hold their own on the big screen.