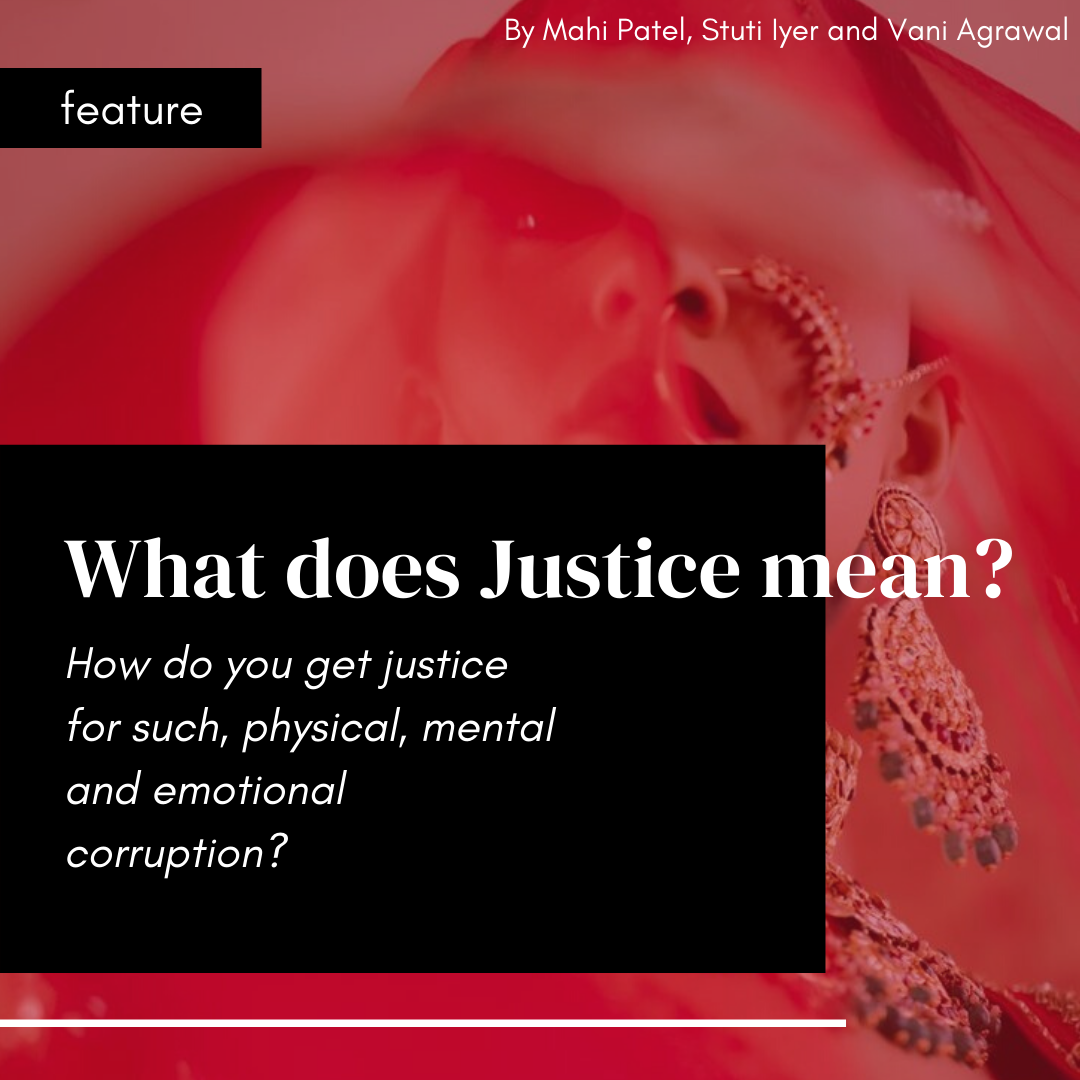 The opinions that follow are fuelled by the deeply unsettling Hathras Rape Case occurring in the state of Uttar Pradesh, India. Horrified and hoping to regain a sense of agency, we have spent the last few days researching, reflecting and penning down the public sentiment. It is our sincere hope that our words impact someone, somewhere and we make a tiny dent towards progressive change.

Some sources to gain a somewhat unbiased background on the case are given below however we strongly urge you to do your own research to truly grasp the political and cultural intricacies at play.

This Op-Ed and the opinions it contains are courtesy of Mahi Patel, Stuti Iyer and Vani Agrawal. You can read more of Mahi’s work here, see Vani’s art here, and watch Stuti dance here.

In any democracy, there are three powers: Legislature, Executive, Judiciary. Each there to create balance and make sure no other can weigh out to create disorder. (even though disorder and entropy may be ingrained into the soul of this democracy). When a problem arises, these three work together to form solutions in the present and form laws to protect the citizens from this problem happening to them again.  In recent times we have been seeing how there has been in a rise in the number of rape cases being reported in the country. The laws that were put in place were supposed to ensure that the sexual assault crimes would reduce or in a perfect scenario, never.

Oxford dictionary defined rape as the crime, typically committed by a man, of forcing somebody to have sex with him, especially using violence but, Does one diamond ring excuse any and all behaviour done by a man unto “his” woman? This is the question that comes to mind while reading one of the most terrifying exceptions to Indian rape laws; that if a man who is married to his lawfully wedded wife and if she is above the age of 15 then it won’t be considered a sexual offence in the court of law. Is that where we draw the line? Is it no longer rape once it happens within the closed doors of her home? When it happens in her own bed? When her own husband (not some monster on the road) is the one who does it? It must be remembered that rape isn’t exclusive to dark alleys and strangers homes. In fact, in recent data shared by the NRCB, it was seen that a larger proportion of cases registered under crime against women were against the husband or her relatives (30.9%).

Roxan Gay in Hunger said “So many years past being raped, I tell myself what happened is ‘in the past.’ This is only partly true. In too many ways, the past is still with me. The past is written on my body. I carry it every single day. The past sometimes feels like it might kill me. It is a very heavy burden.” Hearing and reading such things makes you think what if you have no words to describe your experience, what if no court of law can justify the actions done against you, what if nothing can stop you from being violated? And when you search for answers to them, they are usually ignorant and oblivious of the fact about what it means to be a woman or a man in this country, or this world. Many times, we hear the words “not all men” or “she shouldn’t have worn that” and even,  “She would have been asking for it” But what about the morals and “duties” we have been taught to uphold?

After the 2012 Nirbhaya gang-rape case, Indian law saw some changes; separate punishments were given to repeat offenders, some amendments were made like the section 354: “outraging the modesty of a woman”, and even fast track courts were established. Even after this, it took 7 years to get justice for Nirbhaya, and even then we don’t see a drop in the number of rape cases being reported every single day in India. How do you get justice for such, physical, mental and emotional corruption?

“I just want to sleep. A coma would be nice. Or amnesia. Anything, just to get rid of this, these thoughts, whispers in my mind. Did he rape my head, too?” -Laurie Halse Anderson, Speak