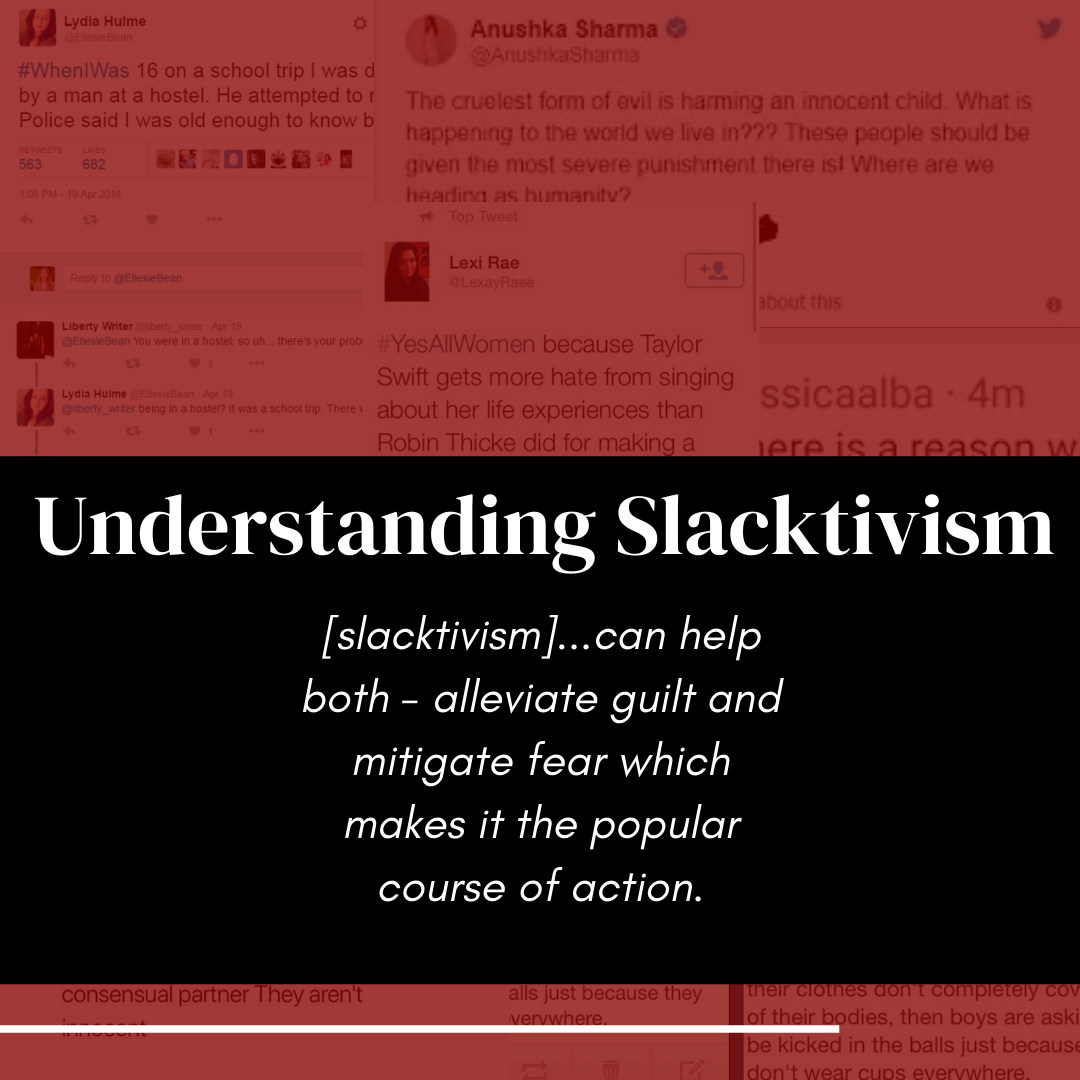 Recently, myself and a couple of friends ran a social exercise and reached out to our circles to ask for thoughts, opinions, and judgements that come to the forefront in times like these. Anonymity was offered to those who wished their identity remain separate from their views.

This was the exact request -:

“Myself and … are deeply disturbed by the realities of rape and rape culture in India. To do our part we are working on a series of pieces highlighting exactly what bothers us. As part of the same we invite you to share your thoughts around the current situation. If you choose to remain anonymous in the final article, please mention the same as well”

Even with the overlap between our friend groups, we reached an estimated 450 unique individuals yet received exactly 7 responses – an abysmal 1.75 percent interaction.

Those 7 responses are greatly appreciated and discussed some very persistent problems related to culture and public mentality which helped us immensely in forming our own opinions when writing the features. However, the increasing intertwining of political opinion with public image, especially on social media has prompted the discussion around “Slacktivism”.

What is it? Why does it matter? How do we break the cycle to make a persistent change? Are just some of the questions deliberated below.

Slacktivism is defined as “the practice of supporting a political or social cause by means such as social media or online petitions, characterized as involving very little effort or commitment.” It is an easy way to showcase a sense of alliance with the issues one cares about without completely getting involved in the often messy world of politics.

Posting articles with accurate information or memes that spark discourse usually come from a place of compassion but also by and large falls under performative allyship. At the end of the day, social media platforms are curated with the need to maintain an image and sharing one’s stance adds a layer to the identity they want to portray.

Well-intentioned as it might be, this type of activism has its drawbacks. The clearest example in recent history concerns #blackouttuesday when thousands posted a black square in solidarity with the Black Lives Matter Movement. The squares were originally posted under a different hashtag which made access to resources for change more difficult.

Slacktivism may also come from a place of peer pressure since humans hold a tendency to surround themselves with people who share their biases. A 2015 study of 10.1 million of the most partisan Americans found that less than a quarter of Facebook friends held an opposing political ideology. Society is built on the idea of co-operation which is hardwired into our brain (as explained by this article from the Harvard Business Review) and thus a cycle of “posts” may begin to help align oneself with the larger social circle.

This is also what makes social media activism kind of pointless at some level. Research indicates that algorithms on these platforms work to exaggerate confirmation bias. The app collects both personal and environmental information to curate a feed in-line with existing views. This means that the posts shared are more likely to reach the people who are already in agreement than work to make others question their beliefs.

So what can we do to truly help?

Here is the deal – having any opinion is political. And it is uncomfortable. However, as humans we always have opinions and when enough people share the same idea it becomes the norm. Change is the act of confronting that norm head-on because you, personally, believe that the norm is flawed.

It is process wrecked with the guilt of staying at the sidelines and the fear of being incorrect, there is no winning. In situations like these “slacktivism” can help both alleviate the guilt and mitigate the fear which makes it the popular course of action.

Through the past month, my friends and I identified this pattern hoped to break the chain of reposts by taking the time to try forming informed opinions and share them on a less biased platform. Other ways to help may include supporting verified NGO’s that work directly with the cause you care about – either through monetary donations or on-ground volunteering.

You can still continue signing petitions, writing emails and sharing posts but with the conscious awareness of where that information is going. Recollect which voices truly need to be amplified and engage in mindful social media usage to do the same.