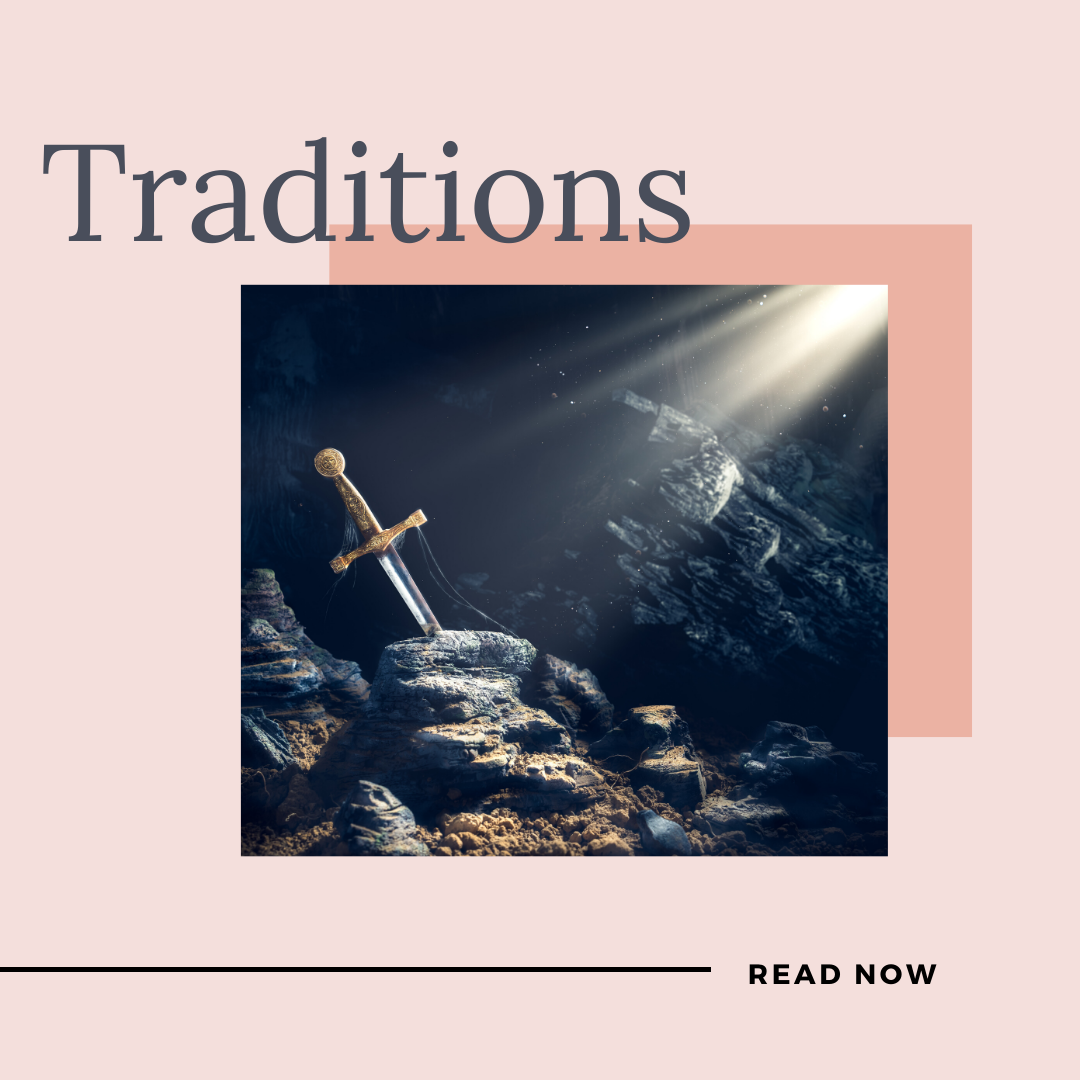 He was good at keeping a straight face, though, and so with a feigned sigh he sank into his seat and closed his eyes as much as he could while still being able to see. Fighting against the racing heart and the anxiety sweats he clutched the dreaded note. He didn’t want to read the note, the prophecy, but he couldn’t help himself. He cracked open the tightly folded note, careful not to rip its creases and poured over the words again and again.

The prophecy was clear; the sword must be lifted. But not by him.

“You can’t, it’s an unspoken rule,” he almost pleaded, his eyes begging hers to look away.

Determined and annoyingly stubborn, she planted her foot in the ground “who made the rules?”

“I don’t know and I don’t care, pin it on traditions if you like but let’s just go.”

“You know how I feel about tradition.”

“It’s just peer pressure from dead people” he finished in an exasperated sigh.

She knew that she had won and with a smug smirk she treaded towards the door, looking at it for a long minute. The sigils and runes that mapped its body glowed an eerie emerald green and were speckled with hints of gold and ruby.

“That enchantress was not your mother, she was a conniving little so and so. You don’t have to do this, step away. Please.” He said in a last ditch attempt to turn away.

The cell that guarded the sword was designed to keep inside. Beautiful to gaze at but the magic hidden away, almost sedated.

Closing her eyes, she turned to her father, “whatever you want to call her, the instructions are clear, and as oracle it’s your duty to help me.”

Resigned he touched the rune embedded door and together they pushed it in. But that was as far as he went.

She walked in, her steps becoming less confident and fainter up until she was engulfed by the darkness. A few moments past before the passage set ablaze, new soot coating its already darkened walls.

Her father imagined the worst, sweat and tears dripped down his face. He had interpreted the prophecy wrong and now his daughter was gone. He continued to spiral into a whirlpool of emotions, inconsolable till a screeching metal sound came from the flaming labyrinth.

She was out unscathed, the wisp like flames felt no deadlier than a tickle. The ancient scriptures had stood true which meant only one thing. They were in the endgame now.