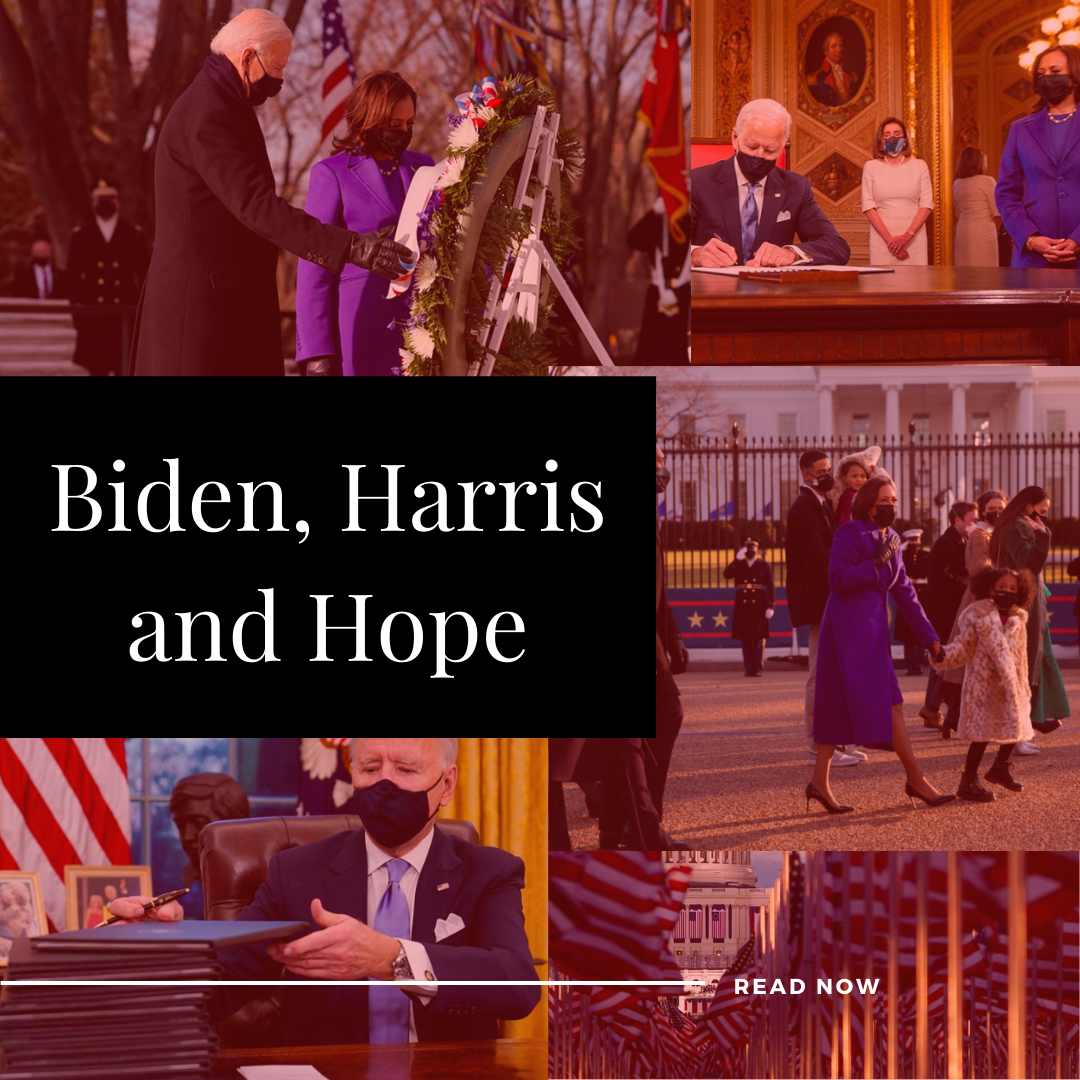 The past year has seen America come face to face with a series of events that rocked the very foundations of its democracy. Its struggles with the pandemic, its ever widening partisan divide, the distrust, the misinformation – all of America’s problems, its wounds are out in the open. The question that has to be asked is where does the nation go from here?

The capitol riots in early January served as the final straw, a breaking point of the tumultuous voting cycle that called for recount after recount while dredging up all of the issues America was forced to look at in the past year. From racial justice to the role of police authority and from gun regulation to belief in the institutional sanctum of government – these are just some of the omnipresent yet hidden facets that must be discussed.

Amidst all that, January 20th was a day far from normal but as close as it has gotten to it for a while. Starting with VP Kamala Harris making history by championing representation for women and people of colour at the highest level while redefining the notions of what a political family should look like. President Joe Biden called for unity in his address to the country – “we must end this uncivil war that pits red against blue, rural vs. urban, conservative vs. liberal” – as America turned the chapter in, at-least, the metaphorical sense.

On a more practical level, President Biden signed 17 actions in an attempt to roll-back on substantial amounts of the Trump agenda. These orders fell under four large categories – climate change, the pandemic, immigration and diversity, and the economy. Here is a quick rundown

All being said, President Biden is clearly making an attempt to drive for a more progressive America – how long this drive stands for and with how much conviction is yet to be seen. Although one thing is abundantly clear, that he has a mammoth sized challenge in front of him in bringing about the “unity” he speaks of. Charlotte Alter of TIME magazine believes that it “may not even be possible in a nation so riven by disinformation and delusion.”

For now, the world watches with batted breath as America attempts to find its democratic roots again.

credit for all images used to CNN politics