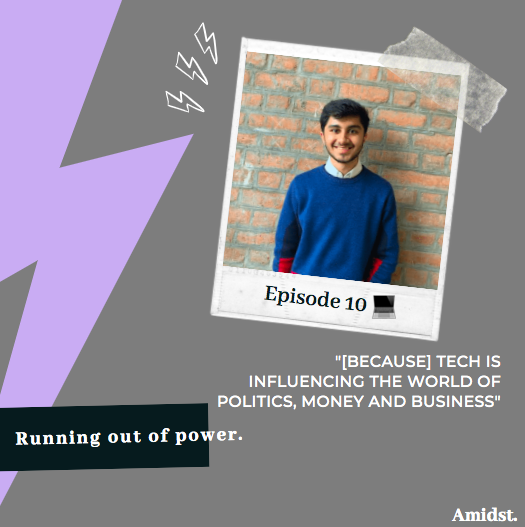 Here is episode ten of “Running out of power” a podcast where I interview people about things that keep them “recharged”, but stop as soon as my recording device dies.

This time around I was joined by amateur philomath and the one guy who can argue almost anything successfully – Hussain Lokhandwala. He spoke about how he got interested in tech and what he loves about it before drawing from the real world as we discussed pressing issues like privacy, internet regulation and deep-fakes all peppered with occasional pop-culture references.

From my end, there weren’t any major technical difficulties and the audio came out quite well throughout. It was a pretty long break between the last episode and this one but things fell into the usual rhythm pretty quickly as-well.

As always, I hope you enjoy the episode 🙂